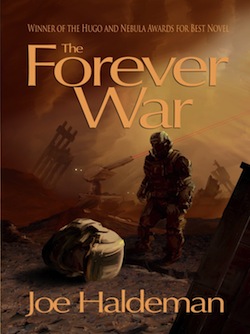 Why is it that some of the greatest sci-fi out there has everything to do with war?

I’m thinking of “Star Wars,” “The Forever War,” “Old Man’s War,” “War of the Worlds,” for example (and those are just some of the ones with “war” in their titles). But also “Ender’s Game,” “Battlestar Galactica,” and so many video games, from “Space Invaders” to “Halo” and so many in between.

Here are some quick thoughts about possible reasons:

Of course, there are plenty of other things that humans share: love, wonder, a desire for adventure, a desire to laugh, a desire to return home.

I’m curious: When you think of your top sci-fi books, movies, and TV shows, how many on your lists are tied up in war? Why do you think war and sci-fi are always so closely connected?

3 thoughts on “Why are war and science fiction so often connected?”