I’m not in the habit of fact-checking family stories, despite the countless times (as a journalism student and journalist) I’ve heard: “If your mother tells you she loves you, check it out.”

So it was more of a fluke than a deliberate act when I came across a document linked to what I’ve come to think of as the precipitating moment of my family’s coming to America.

A google search led me to the digitized book “Official Register of Officers and Cadets: United States Military Academy,” which included not only my grandfather (a cadet from 1926 to 1930), but also the conditions upon which he became a cadet.

So there it was, in black and white, from the government itself, reaffirming what I’ve always known, and yet somehow making it all the more real.

One of the fun aspects of the story of how my grandfather came to America from the Philippines is that he had to take a qualifying exam to get into West Point. Remember, only one person per year could get in. He placed third on the exam. But the guys who places first and second failed the physical, so my grandfather got to go.

Here are some examples of the kinds of questions asked on that exam: 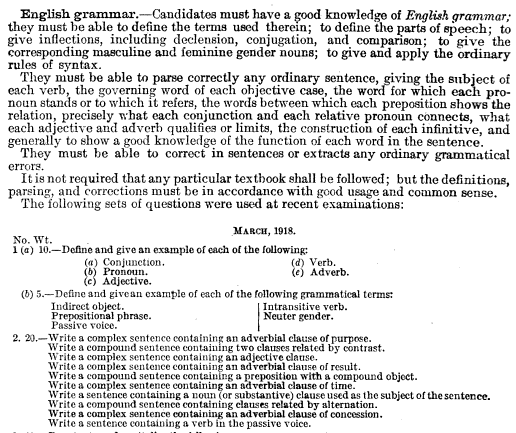 What was even more interesting was to see an abbreviated report card of my grandfather’s first year at West Point, in which his performance was ranked against that of his classmates.

His name is the second from the bottom. “P.I.” in “appointed from” means Philippines Islands. 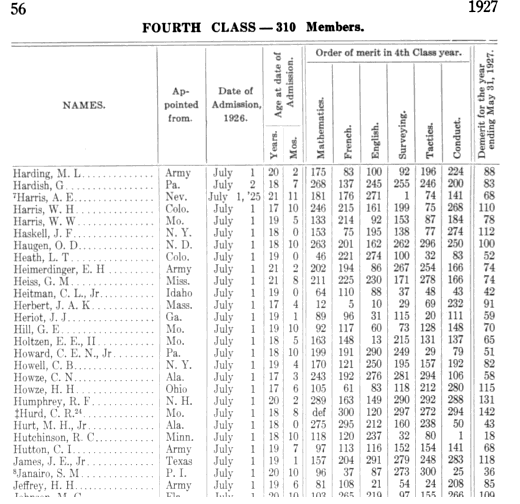 Not too shabby, Lolo!