This review originally ran in the Times Union in September 2007. 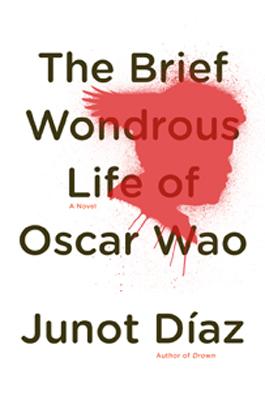 The story traces a fuku, or the “Curse and the Doom of the New World.” Oscar, an overweight first-generation New Jersey kid, is way into J.R.R. Tolkien,Japanese anime and science fiction (he’s writing aspace opera). But he and his family are cursed.

His grandfather, a respected doctor in the Dominican Republic in the 1950s, feared his beautiful teenage daughter would catch the eye of dictator-for-lifeRafael Leonidas Trujillo Molina. Trujillo ruled from 1930 to 1961 and was known to rape the daughters of prominent citizens.

So the grandfather kept inventing excuses to keep his daughter from parties in which Trujillo attended. Then one day, he is arrested, beaten and locked away on trumped up charges.

Oscar’s mother was an infant then, and was sold into servitude until an aunt rescued her when she was 9. As a teenager, though, she fell in love with a wealthy man who happened to be an enforcer for Trujillo. When she tries to break up, she’s beaten nearly to death and flees to America. But she can’t escape the fuku, which catches up with Oscar, as the title implies.

Here’s just a glimpse into how Diaz portrays Trujillo in a footnote:

“A portly, sadistic, pig-eyed mulato who bleached his skin, wore platform shoes, and had a fondness for Napolean-era haberdashery, Trujillo … treated the country like it was his
plantation and he was the master. … His power was terminal in ways that few historians or writers have ever truly captured or, I would argue, imagined. He was our Sauron, our Arawn,
our Darkseid, our Once and Future Dictator, a personaje so outlandish, so perverse, so dreadful that not even a sci-fi writer could have made his ass up.”

This is Diaz’ wondrous writing style, first glimpsed in his 1996 book of short stories, “Drown.”

In “Oscar,” his mix of book learning and street vernacular highlights the deficiencies of “official” history and the strengths of science fiction’s metaphorical power. Trujillo’s Dominican Republic, for example, is referred to as Mordor and he as the Dark Lord, with his minions as Ringwraiths or orcs.

Diaz also mixes Spanish and English, as in the use of personaje for personage. This technique rings true to what linguists call “code switching,” the seamless interweaving of two languages in one statement, which is common in immigrant communities.

That doesn’t mean the book doesn’t have weaknesses. Yunior, the main narrator, is a macho player who rooms with Oscar for a year at Rutgers. He also dates Oscar’s beautiful older sister, Lola, and cheats on her. His machismo seems to be his curse, though the book doesn’t adequately address it.

Then there’s Oscar. Reminiscent of John Kennedy Toole‘s Ignatius J. Reilly in “A Confederacy of Dunces” in both girth and literary ambition, Oscar actually seems hip given today’s glorification of an urbane nerd aesthetic. And his fate feels tacked on, despite the brilliant depiction of him as an Americano acclimating to the Dominican Republic.

Oscar, in effect, gives Yunior the ability to throw down allusions to 10-sided dice, Atari video games, and the comic book artists Daniel Clowes and Beto Hernandez (and that’s in just two pages).

The New World for Diaz’ characters is defined by such a rich cultural tapestry in which college and success are possible, though the past is always breathing down people’s necks.

This tension speaks to a truth of the American condition. It gives the book its greatest depth. After all, Yunior’s ability to narrate the tale proves he has escaped the past but also
must relive it in the telling.

One thought on “Book review: ‘The Brief Wondrous Life of Oscar Wao’”